A Message from the Commander 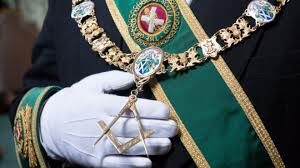 The Masonic United Nations is an international organization founded in 2017.  It is currently made up of masonic member jurisdictions from around the world.

The mission and work of the Masonic United Nations are guided by the purposes and principles contained in its founding Charter.

Due to the powers vested in its Charter and its unique international character, the Masonic United Nations can take action on the issues confronting humanity in the 21st century, such as peace and security, climate change, sustainable development, human rights, disarmament, terrorism, humanitarian and health emergencies, gender equality, governance, food production, and more.

The Masonic UN also provides a forum for its members to express their views in the General Assembly, the Security Council, the Economic and Social Council, and other bodies and committees. By enabling dialogue between its members, and by hosting negotiations, the Organization has become a mechanism for governments to find areas of agreement and solve problems together.

There are no upcoming events.